Make your product the hero

A few product placements on TV Monday night worth mentioning.
During 24 on Fox, Morris falls off the wagon when he buys whiskey and a tin of Altoids instead of the Red Bull and pack of Marlboros he originally put on the counter.
After chugging the bottle, he reconsiders and uses the old finger down the throat trick to force himself to throw it up. At this point I think, "Kills whiskey-vomit breath. Curiously strong, indeed." But later, both Chloe and Milo smell alcohol on his breath. Guess those little mints aren't as tough as Jack Bauer.

Meanwhile, on NBC's Heroes, an iPod blasting rap music helped a woman cope with her super hearing. And the last shot before the commercial break was a long pan of the product. Unfortunately, it's sitting in a pool of her blood. 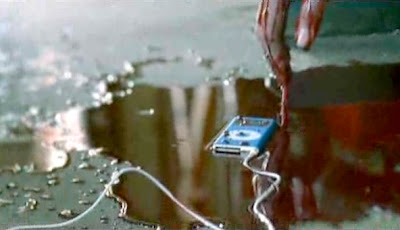 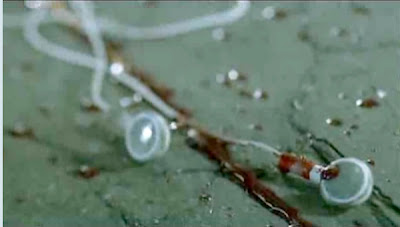 Dramatic shot, especially since it's still playing despite soaking in plasma. So I don't think it hurts the brand. But does it help?

I don't know if any of those placements were paid for. But Nissan's sponsorship of Heroes has included a fully integrated appearance of their new Versa since this shot in the first episode. 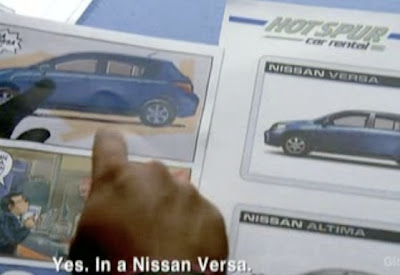 And last night, it certainly fared better than the iPod. 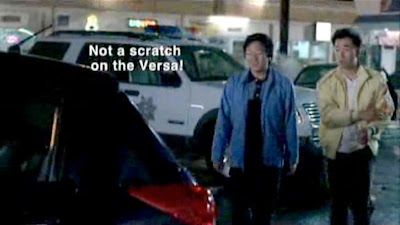 But I bet the car would have looked cooler with a few bullet holes.
Email ThisBlogThis!Share to TwitterShare to FacebookShare to Pinterest
2 Comments 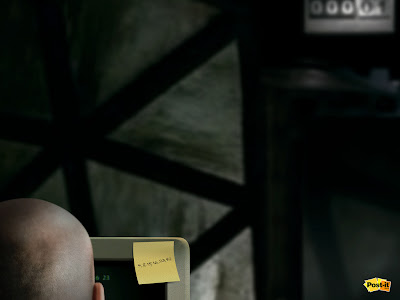 Jaded industry types may cry "borrowed interest" but I agree with advertising for peanuts that this is a perfect nod to fans of LOST.
-ad done by base1.
Email ThisBlogThis!Share to TwitterShare to FacebookShare to Pinterest
0 Comments

Q.How does anybody get any work done? Between emails, IMs, youtube and blogs, it seems I never get around to the stuff I'm paid to do. How can I get motivated?
-Guilty Goof-off

A. This may seem counterintuitive, but you need to take on more work. Find the biggest, hairiest project that no one else wants to touch and volunteer to solve it.
This is the first step of my “Productive Procrastination” theory. It’s too easy to put off small jobs till the last minute. So trick yourself into doing them as a way to avoid that huge project looming over your head.

Of course, the real trick is making sure that the huge, nasty project gets canceled before you actually start on it.
Email ThisBlogThis!Share to TwitterShare to FacebookShare to Pinterest
1 Comments

Only one man can stop the Mooninites

The world would be a safer place if Jack Bauer
was transfered to CTU's Boston office.

Guess James at yonder ponder was right when he commented, "Faux-terrorism is the new "Snakes on a plane" hypegate."
I'll be interesting to see if the ATHF movie does better at the box office. But of course nowadays it comes down to DVD sales.
Email ThisBlogThis!Share to TwitterShare to FacebookShare to Pinterest
0 Comments

Ouch. So do I still think it was worth the risk? You bet.
Fans are rallying around this more than any movie advertised during the Super Bowl™ for $2.6 million.

The Anti-Advertising Agency makes some excellent points in their recap and the Graffiti Research Lab reposted Interference Inc.'s own video footage of their LED displays going up.
(But G.R.L.'s Night Writer project is cooler, as most originals are.)

Or for a more academic take, Boing Boing points to a interesting deconstruction of the "Great ATHF Freak Out"
Email ThisBlogThis!Share to TwitterShare to FacebookShare to Pinterest
1 Comments 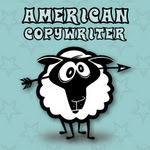 The latest American Copywriter podcast
is up. My comment at the 13:20 mark proves that I'll never have a voiceover career, but I'm honored to be included nonetheless.
Email ThisBlogThis!Share to TwitterShare to FacebookShare to Pinterest
0 Comments

Plenty of other good folks starting conversations, so just a few quick thoughts from me. I saw my favorite Super Bowl™ commercials well before the game (K-Fed online and most of Coke's work in movie theaters) so the Promotion Pit gets my top pick.

But Coke did have the strongest presence with the best overall collection of work. And here's my girlfriend's favorite. In her eyes, everything Oprah does is gold.


Kudos to MySpace and ifilm for providing easy sources for viewing and sharing all the spots. I thought YouTube would have nailed it, but I gave up on their ranking system. And CBS provides another example of old media not quite getting it.

On another well-covered note, the consumer generated spots weren't as awful as I expected, but hopefully bad enough to make others think twice before continuing the trend.

Now, if you'll excuse me, I have to take a salesgenie.

Q.What should I get my boyfriend for Valentine’s Day?
He’s the best-looking guy I’ve ever been with and my friends love him. But he’s been spending more time fixing up his car with the guys instead of going out like we did a month ago and he doesn’t send cute compliments when he replies to my texts anymore. So I really want to make it a special day.
I was thinking of buying a custom gearshift he can show off in the garage. Or maybe I should go get a little red number from Victoria's Secret and try to be sexy for him.
Which do you think will do more for our relationship?
-GF

A. Does your shampoo leave your hair feeling dry and frizzy?
Let’s assume it does, but the model in the commercial has plenty of shine and bounce. Do you stay brand loyal? Of course not. A great image doesn’t matter if the product is bad.
Relationships are how we rinse and lather our self-esteem. Your beau might seem great to the outside world, but if he isn’t treating you right, you deserve better.
Why aren't you curious what he’s planning for Valentine’s Day? you could just wait until a better bottle of conditioner comes along. Whatever you decide, go to Victoria's Secret, but buy something for yourself.
Email ThisBlogThis!Share to TwitterShare to FacebookShare to Pinterest
0 Comments

You know a marketing stunt has gone wrong when my mom sends me an email about that "Turner marketing problem." 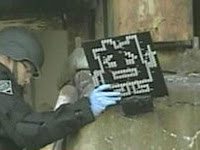 The Boston attack of the Mooninites from Aqua Teen Hunger Force has been covered everywhere from the washington post to ad age. (log in required) Later this video of the guys arrested for placing the displays playing with the media appeared. Bostonist has a good take on the aftermath. And Ariel at shake well before use got it right.

The dorks like me that actually enjoy watching a talking milkshake are eating this up. This shirt posted by wilbr on digg is a perfect example. 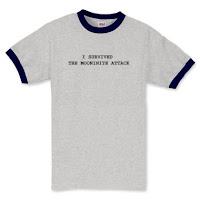 I'm sure it's all a pain for the corporate suits at Turner. And it's a shame that fear of terrorism lead to the disruption of a city. But it's great for the ATHF movie. It's sure to get fans even more passionate and other people to check it out.

The displays are similar to yet another cool project from the graffiti research lab. I first saw the LED throwie technique on instructables.

And here's Cartoon Network's on air apology done in the low key style of their promos that usually air during Adult Swim. 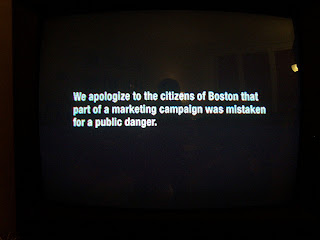