Who is the man behind the beard?


If you haven’t already heard, wit and wisdom of @LeeClowsBeard has been turned into a book. 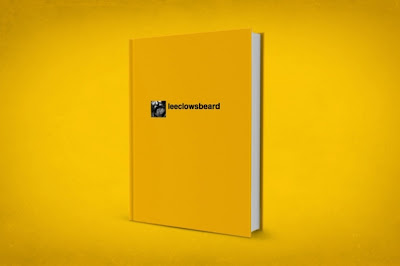 Last week, the identity of the Copywriter/Creative Director behind the account was revealed. So AskACopywriter asked @Jason_Fox about his adventure impersonating the facial hair of an advertising luminary.

Jason. I started @leeclowsbeard to see if anyone cared what I had to say about advertising when they didn't know who the author was. Sure, a lot of folks thought it was actually Lee, but that was never my intent. Hence the "beard" designation. I suppose if I'd written complete drivel, the jig would've been up a lot sooner.

AACW. How did the book come about?

Jason. Rob Schwartz, Chiat's CCO in L.A., started following LCB a few months into its existence. I waited six or seven months before finally breaking down and sending him a direct message to ask if Lee knew what his beard was doing behind his back. He said Lee knew, approved (as long as I kept up the quality) and wanted to know who the heck I was. They flew me out to L.A. at the end of July in 2010, and the idea for the book was spawned over lunch in Venice. It was completely surreal. 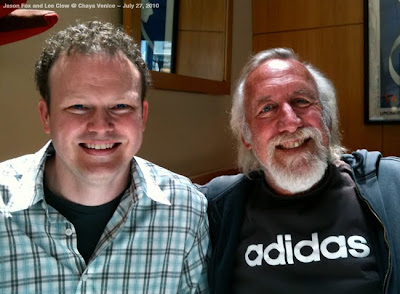 Jason. Lee has been nothing but exceedingly gracious. While signing the book for employees during the launch party (on May 18), he signed them all, "I didn't write this book." He didn't want any credit. He really is the cool surfer dude most of us hoped he would be.

AACW. Any tweets that he didn’t agree with?

Jason. Not that he mentioned. But I don't take his silence to mean tacit approval on everything. Just most everything, I suppose, since he was excited to do the book. 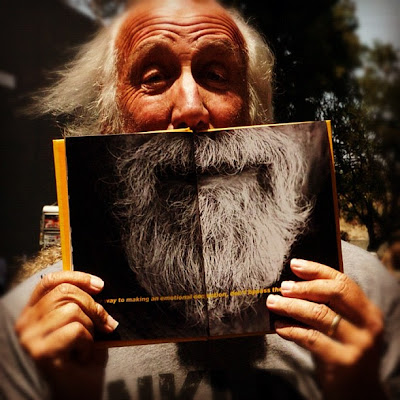 AACW. What’s your favorite tweet that didn’t make the book?

Jason. I have a ton of favorites that didn't make the book, but that's a fact of timing more than anything. The book has just over 300 tweets and I'm now up to over 775. Basically, we decided on a cut-off date and stuck to it. A few newish ones ended up in there to fill in layout holes, but otherwise there's plenty of material for volume two. Not that there will be a volume two. Unless people buy a lot of books. Hint. But to actually answer the question, my favorite tweet that is not in the book is also the most popular: "You cannot become the person or agency you wish to be by doing the type of work you wished you never had to do."

Jason. See above. It's been retweeted over 700 times. 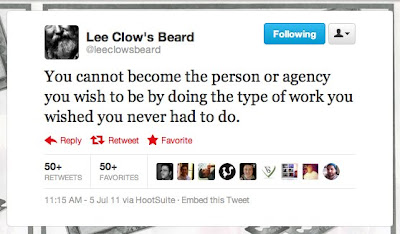 AACW. Has tweeting as @LeeClowsBeard made you a better creative? How so?

Jason. Sure. Not only have I forced myself to think about all aspects of advertising and what is right and wrong about them, I then had to condense those thoughts into exceedingly concise messages that people would respond to. (And those tweets are usually under 110 characters so folks would have space to comment during a retweet.) I look at this as a giant campaign. With almost 800 ads. So if anyone ever complains about struggling to get three good lines for a presentation, I really don't want to hear it. 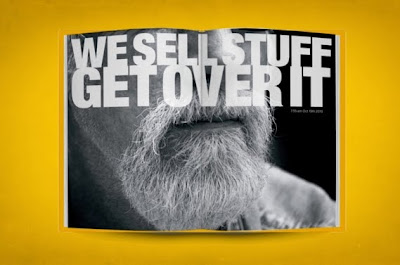 You can buy the book, check out the site by TBWA or get the app. And, of course, follow @LeeClowsBeard. 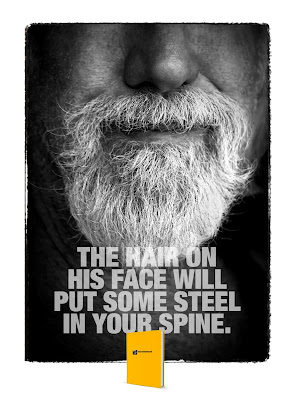 (image via JasonFox.net)
Email ThisBlogThis!Share to TwitterShare to FacebookShare to Pinterest
1 Comments

I actually drove around the block to see this billboard again.

(Image swiped from this recap in the Austin Business Journal. Which also led to me to VisitCritter.com. 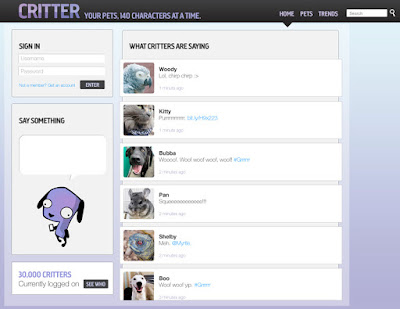 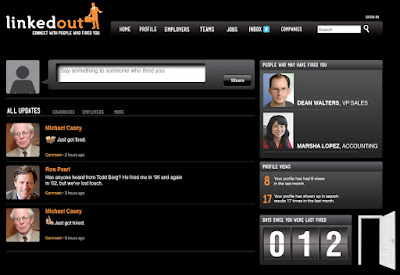 The fake site thing is a fun idea for a Human Resources firm targeting start-ups. But would have been much better if they could have gotten the straight up URLs (Critter.com and LinkedOut.com) and built a working version of each.

Email ThisBlogThis!Share to TwitterShare to FacebookShare to Pinterest
1 Comments