Skechers makes me fearful for my future 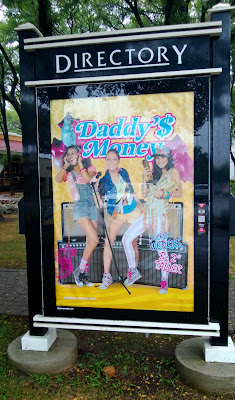 As the father of two girls, this terrifies me.

Social is a broadcast medium

Don't worry social media ninjas and gurus, it's still a game-changer for joining the conversation. If you do it with a touch of craft, meaningful engagement and valuable content are still social's greatest strengths.


But IPO & buyout fever has induced a more traditional approach of buying eyeballs instead of earning them.


Of course, it's all a waste if you don't follow this rule: Make something worth sharing and people will.


Loved playing Dwight for 200 episodes but my new favorite role? A gummy bear who gets sucked into a @Honda! http://t.co/g4vHXhBHHI

UPDATE: @Honda did a ton of fun tweets to warn snack food brands about the Odyssey's built-in vacuum. A few examples:


@Honda The popcorn-devouring HondaVAC is in for a treat when it discovers and eats up lost Orville pieces!


@PopSecret but what if one of the kernels remains unpopped? That's when fear sets in. http://t.co/luwaBW0x59