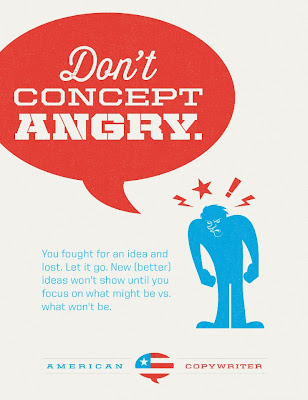 Tug McTighe is a parent, a creative director at Callahan Creek and a soccer coach. He wants to do good work in all three places.

He’s also one half of American Copywriter – a blog about a podcast about advertising and other stuff people think about too much.

1. Why advertising?
I thought I was going to become a newspaper writer. Went to Drake University with that in mind. Then, after one brutal semester copyediting the Drake Times-Delphic, I realized there had to be a better way. When I hit "Intro to Copywriting," there was no looking back. Combining words and pictures to create a different piece of meaning -- boom -- that was it for me.

2. What advice would you give yourself when you were starting your career?
Stop worrying so much about the next assignment, the next job, the next title or the next agency. There is opportunity all around you, everywhere you look, in every agency. Just have a can-do attitude and get used to saying, "Yes." And stop thinking you know so much, dummy. You don't know shit.

3. What’s the best thing you’ve read lately?
Right now I am reading “Bruce," the new Springsteen biography. It is really kick-ass. I haven't even gotten to the formation of the E Street Band yet, and I am utterly hooked. Even better, the knowledge (new to me) that he was once in a jam-band called Steel Mill makes me want to listen to "Nebraska" right now. In fact, off to Spotify ...

4. Favorite book?
I sure like "Lord of the Rings." Have read it many times over the years. I am also utterly blown away by "A Prayer for Owen Meany" by John Irving. And if you haven't ever read Chaim Potok's "My Name is Asher Lev," you are really missing out. It's about a kid who bucks his family, his religion and his entire community because he is a gifted painter. Amazing.

6. What do you do when you’re stuck for ideas?
Get up, walk around, find somebody to talk to about ANYTHING other than the problem I'm trying to solve. Human interaction friends, catch the fever!

7. Will you be live-tweeting the Super Bowl again this year? What hashtag? And how much peer pressure will it take to ensure we hear a recap podcast this year?
We will be live-tweeting for sure. I think we usually make it #ACBowl. We will also be Facebooking it. Did you say beer pressure? Yes please.

Scott Rostohar is a copywriter at T3 in Austin, TX. He's as smart as he is tall. (And I'm not just saying that because he's on my team.)

1. Why advertising?
The movie "What Women Want" came out right when I hit puberty. So, I went to see it. There's a scene where Mel Gibson pitches Nike on a TV spot. I learned two things after seeing the scene:
1) Mel Gibson overacts
2) I want to make ads

2. So is this business as glamorous as Mel made it seem?
Totally.


3. What advice would you give yourself when you were starting your career?
Keep creating. And never lose this passion, hunger, and drive.

4. What’s the best thing you’ve read lately?
This. It motivates me to not give up on a project, no matter how small.

5. Favorite book?
Right now, I'd say Justin Halpern’s “I Suck at Girls”. It's funny, I learned something about relationships, and it cuts out all the filler most stories have nowadays.

7. What do you do when you’re stuck for ideas?
I get up from my desk and walk somewhere, anywhere. Keeping your body stuck in one place won't help your mind.

Email ThisBlogThis!Share to TwitterShare to FacebookShare to Pinterest
1 Comments 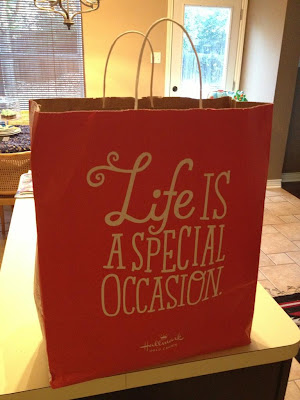 "Life is a special occasion."
Email ThisBlogThis!Share to TwitterShare to FacebookShare to Pinterest
0 Comments

Like the mighty phoenix (or my career at times) AskACopywriter.com shall rise from the ashes.
Email ThisBlogThis!Share to TwitterShare to FacebookShare to Pinterest
0 Comments