Turns out you can please everybody

So I chided Pepsi for not choosing sides between the Mets and Yankees. I assumed that being the official soft drink of rival teams would alienate fans of both.
I’ve been forced to change my mind. While taking a picture of this Yankee ad I hadn’t seen before, a man passing by called out, “Why would you wanna take a picture of the Yankees?” 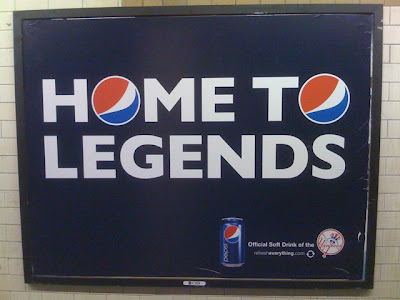 Then 10 feet later, he passes a Mets ad, stops to point and says “Now that’s more like it. You need to get a shot of this.” Then he held the pose until I pulled out the iPhone again and snapped his pic. 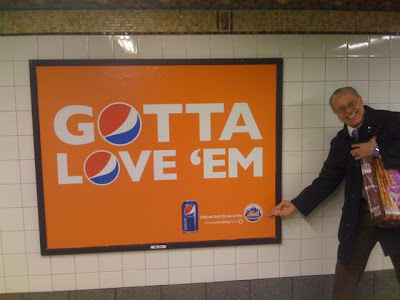